How to Stop Vomiting?

Dear Readers- The most popular topic on my blog and the one that receives most number of views is how to stop purging/vomiting after meals. Purging after meals is very dangerous and we all know about the health ramifications it carries. I had a severe anorexia nervosa, where I even refused to keep down a single cup of tea. How I stopped purging is another topic in itself. I came across a book in  my local library which covers the topic quiet well. I hope this proves useful for some of you in your recovery.

– only make yourself sick 2 to 3 times per week; or

– sometimes don’t vomit at all after bingeing

– vomit most days; or

– vomit after snacks, meals and binges

You have quite a bit of control over your vomiting, even though it may not appear so to you. The following plan is designed to give you even more control.

– If you can only do this difficulty, repeat the same step until it becomes easier.

– Continue like this, cutting down every week or every other week, until you have stopped vomiting. A bit of general advice before you start: always write your goal for the week into your diary at the beginning of the week and then try to stick to it. Try to stick to your goal exactly. But don’t aim to change too quickly If you have an extra binge, try, if at all possible, to keep the food inside you. If that is too difficult, try at least to delay the vomiting. This will make you very anxious. Use the coping techniques described under Plan B. If you were sick more often than you had decided to be one week, go back to last week’s goal. (Remember, getting better often involves taking two steps forward and one step back.) May be you were a bit too ambitious last week!

You have become very used to making yourself sick as a way of dealing with anxieties about gaining weight and perhaps other anxieties too. To un-learn this will be difficult. At present you probably only keep two modes of existing- either being painfully fully or being completely empty. Most people without an Eating Disorder know many states in-between, which range from being slightly hungry to being pleasantly full after a meal. You need to get used to the “in-between states” again. This is best achieved by a step-wise delay of vomiting.

– Think back over last week or two. On average, what is your time-gap between eating and being sick?

– The week after, increase the time gap a little, and so on. Move to a new, longer time-interval when you relaibly achieve this week’s goal.

– If you always vomit straight after eating, you may want to start with delaying vomiting for a very short time only, say 5 minutes each time.

It is better to go for a modest target and achieve this reliably than to be too ambitious.

How to Cope with Your Anxiety

Delaying vomiting will make you very anxious. You will probably feel terribly bloated, and your fears about gaining weight will rise sky-high. – The best technique for coping with anxiety is to try to distract yourself by, for example, ringing a friend, being with other people, going for a walk, or by using the techniques of detachment and imagery. (Watching television or reading are usually less successful as there is always a loo nearby!)

Margaret, a 35 year old house wife and mother of two children, enjoyed needlework, and so she decided to use sewing as a distraction technique. Every time she felt like being sick, she knitted an extra square for a patchwork blanket. “Knitting helped me to keep my anxieties down. At the same time to see the patchwork blanket grow made me feel that I had channeled my anxieties into something useful.”

Judith, on the other hand, found a spiritual solution for herself. “Normally I would say the rosary when I wanted to be sick, but if the anxieties got very strong I went to my local church and prayed.” It is important that you find something that might work for you! Some people find it useful to write down some reassuring or frightening statements on a card that they carry around with them. Some even compose a comic song or jingle in which they make a joke of themselves.

Elizabeth was a very gifted singer. On hearing that vomiting might make her hoarse, she decided to write on a card, ” I want to be a singer. I don’t want to damage my voice. I don’t have to rely on vomiting.” Every time she wanted to be sick, she pulled out her card and read the statement out loud to herself. “To read the statements on the card aloud gave me more strength to resist.”

Susan, who often took up to 100 laxative tablets in one go, wrote o herself, saying “If I carry on like this I will damage my health severely. I must Stop”. She got this card out a few times when she felt the urge to take laxatives, but she soon gave up, as thinking about the health consequences of her laxative abuse just increased her sense of panic. In writing a card, you can see from the example of Susan that it is often better to write down something that is specific to you (not a general statement) and also something positive, rather than focusing on the negative.

– If you fail, make things easier and try again.

Especially if you follow Plan B, it is very important that you find ways of rewarding yourself if you achieve your weekly target, as otherwise, with each weekly step being small, it may be difficult to remember that you are doing well. Here is a list of possible rewards from which you may want to choose. Think of ideas which you might add to the list. Buy yourself something nice: 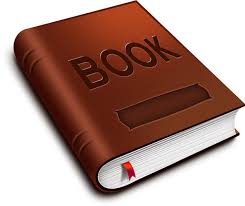 – A bunch of Flowers

– A Day in the Country

Until you have managed to give up vomiting completely, you need to know that YOU SHOULD NOT BRUSH YOUR TEETH IMMEDIATELY AFTER VOMITING, as it rubs in the acid and makes things worse. It is better simply to rinse your mouth either with water or with a bicarbonate or fluoride  solution.