One of the tactics of the Demon is to keep you imprisoned in isolation, away from light and the people. Challenge the Demon and let the Positive People  break into your world and make it a safe place, a place filled with love light and blessings.

I promised a reader, I will write about my travels to Holy Land. I went to Jordan in the Summer of 2013 with sixty people. I believe it was a difficult decision for my family to make as I was going to spend seven days with a group of people from all around the world, but I am so glad, I did it. It really changed my life for good.

“one opportunity leads directly to another, just as risk leads to more risk, life to more life, and death to more death.” Mark Zusak

Breaking the Chains of Isolation

Eating Disorders lead to a life of Isolation and Alienation. As an eating disorder progresses, so do the isolation and secrecy that accompany it. Both adult women and teens with eating disorders evidence a need to isolate from their peers and loved ones. Even though, I was in recovery, I really couldn’t do crowds and lots of people. The only people who I was comfortable with were my parents. Even before we left for Jordan, I wanted to cancel my trip and stay at home. It really panicked me that I will be under obligation to socialize and to interact with people and to eat breakfast, lunch and dinner with them.  There were only few people in my group who knew about my struggles with ED.  I was told by a therapist in Newzealand that an important step in managing Eating Disorder challenges is facing your feared situations and the best way to break free from ED is to go out there  and be with people.

This was an International Summer Retreat organized by ‘International School of Sufi Teaching’ and we were joined by Sheikh Hamid Hassan from India. It was a personal week-long journey of prayers, meditation, friendship and working on inner self to establish connection with Almighty Allah. An individual is encouraged to take a hiatus from their busy schedule and focus on the needs of their soul and heart. Our mind, heart and soul are a work in progress that requires erudition and development. Also one is encouraged to work towards heightening their connection with Almighty Allah. We also had an opportunity to sit in group meditations with other members and get blessed.

And I am grateful, I took the risk, challenged the Demon and Embarked on a Journey of Life Time.  It was very humbling and wonderfully freeing, sitting still and silent on my cushion, observing my innerself.

“Learn everything you can, anytime you can, from anyone you can, there will always come a time when you will be grateful you did.”
― Sarah Caldwell

“Lo! The first sanctuary appointed for mankind was that at Becca, a blessed place, a guidance to the people” (Qur’an 3:96).

Days of monastic living, deep meditation and prayers is the ultimate in ED healing.

The morning wake up call is before Sunrise for Tahajjud تهجد prayers. The Tahajjud is a special  night prayer which is recommended (but not required) for all Muslims. We all pray and then  meditate in silence.

This is followed by Fajr prayers some more meditation and then breakfast.

After breakfast, we set off to visit Jordan and to visit the tombs of saints.

This was followed by more prayers and more meditation.

Jordan is a blessed land; number of Prophets blessed Jordan by living in or travelling through it. In Jordan we visited the cave of the seven sleepers. The story of seven young men who slept in cave for 300 years during pre Byzantine times is covered beautifully in Holy Qur’an.

Over the next three days, we visited other Maqamat (tombs) and mosques across the Jordan.

I enjoyed the visit to the tombs of the companions of the Prophet Muhammad (pbuh), Bilal bin Rabah and Abdul-Rahman bin Auf. We visited Jordan valley and paid our respects at the tombs of Abu Ubaydah Amer bin Al-Jarrah, Muath bin Jabal , Shurahbil bin Hasnah, Amer bin Abi Waqqas and  Dirrar bin Al-Azwar.

We also visited the cave of Prophet Lot (as). We prayed at King Hussein mosque and went to Madaba to see famous Mount Nebo, the site where Prophet Yahya (as) died and Prophet Moses (as) stood and viewed the Holy Land.

Capturing the blessings,love and light of sum of the great prophets and Allahs companions In this Holy land. Simply abundant! This is mount Nebu where Musa was guided to the holy land.

We also visited the tomb of the companion Abu Dharr Al-Ghafari. 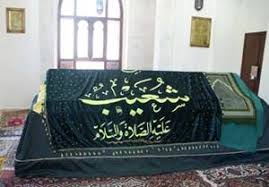 Visiting Kerak was amazing and having lunch opposite the castle of Saladin was simply superb. In Kerak we visited the shrines of Prophet Noah (as), Prophet Dawud (as) and the tombs of Jaafar bin Abi Taleb,  Zaid bin Haritha, Abdullah bin Rawahah, all who were martyred in the battle of Mutah.

We visited the city of Sarfah to visit the shrine of Prophet Sulayman (as) and In Jerash we saw the Shrine of Prophet Hud (as). Jersah is a city in which Prophet Muhammad (pbuh) used to pass during the times he worked for his first wife Khadijah (ra).  Before our crossing to Israel we visited Irbid to see the tomb of the companion Abu Al Dardaa.  We went to Umm Qays to visit the cave of Prophet Isa (as).

You deserve to live a peaceful life, where your heart, spirit and mind are content.

And you deserve to do it now.

Not when you have time.

Not when you’ve earned it.

“A Muslim who meets with others and shares their burdens is better than one who lives a life of seclusion and contemplation.” (Muslim)

“Allah does not look at your appearance or your possessions; but He looks at your heart and your deeds.” (Abu Huraira: Muslim)

When you hide in the corner of life, when you allow yourself to be bound by fear, by disappointment, by regret or by unworthiness, you disrespect the purpose for which you were created.

World is Beautiful and People are Beautiful.

“Keep yourselves far from envy; because it eats up and takes away good actions, like a fire eats up and burns wood.” (Abu Dawud)

There’s a Blessing in Congregation. If you spend time in isolation with the Demon of Eating Disorder, it can make you feel sad and keep you away from others as you wallow in unhealthy emotions.

It is possible to free yourself from the trap of ED, whether occasional or prolonged.