When we lose a loved one here on earth, we gain an angel in heaven that watches over us.

Tayyibah Taylor passed away on Thursday, September 4 2014, she was laid to rest on 6th September.  Her life deserves commemoration. She was one of the America’s most well-known Muslim personalities and very dear to them because of her warm and deeply caring personality And her love for peace, justice, Allah and His Messenger (s).

No one can prepare you for a loss; it comes like a swift wind. Our world has lost another beautiful Angel Tayyibah Taylor, Publisher & Editor-in-Chief of Azizah Magazine.  She was the first person who published my work on Eating Disorders in Islam in Muslim Family Magazine Azizah; Vol. 7 Issue 3, p101. This Magazine was a platform for Taylor to provide a much needed voice for Muslim American women. I list her as one of the most Inspirational figure for people in recovery.

Me, My Disorder and Tayyibah Taylor

After leaving the Eating Disorder Unit in 2010, I was feeling very optimistic about myself and my future. I wanted to get back to normal life desperately. On the advice of my father, I decided to try my hand at creative writing and I felt my experience with Eating Disorder was so special that it had to be shared. So with my limited writing skills, I managed to produce few pieces of amateur writings on consequences of Dieting and Eating Disorders. I still remember the rejection I faced from all Muslim Magazines in the UK. No body wanted to know about Eating Disorders, so I expanded my horizon and contacted Muslim Magazines across the world. As time passed I started to loose confidence in my abilities to write or to even think coherently. It was Tayyibah Taylor who became my beacon of hope in those uncertain times. When you are rejected from something good, it often means you’re being redirected to something better.

Many thanks for your article and for sharing your experience with us.  We will publish your essay in our Reflections department – insha’Allah, it will either be in the winter issue or the  spring one.  We will send you a copy of the magazine once it is published.

We will edit it a bit – while your writing is very good, masha’Allah, the tone is more British than American, naturally.

Azizah Magazine has its own writing guidelines and word limit and I remember writing so much that it ended up looking like a PhD thesis. Tayyibah Taylor very patiently worked with me. She did not once influence my style of writing or gave me any suggestions or tips. I submitted my final draft months after the set-deadline. I never thought Azizah Magazine will publish the article, but they did. On 10th January 2013, I received one of the best E-mails ever.

I pray all is well with you.  Happy New Year. We have slated your article for 7-3, our Spring issue.  Please find the edit draft attached.  We re-arranged the flow a bit, and Americanized the vernacular.  Please read and let me know if we kept your thoughts accurately. After you okay it, we’ll send it for micro-editing, to ensure the grammar is fine. Please send a two-line bio of yourself to run at the bottom. Many thanks!
I look forward to hearing from you.  Let me know if you wish to write
something else.

It took me a long-time to put this article together, nearly two years because of the mental block. I was too discouraged and fearful to try anything new. I just wanted to remain complacent, but with Tayyibah’s one single E-mail, I managed to break out of that cycle.   It was a slow, steady process but then there are things that can’t be rushed (especially when your brain is not functioning).  You just need to work on it gradually every day.

She taught me to focus on present to be  introspective and gave me a platform to write . I told her about a very ambitious and nearly impossible project idea on Brunei and she said I had her full support on this project.  She shared my fascination and love for Brunei. She said she was in Brunei  few years ago and was fascinated with the country.

Today I pay a tribute to a great kind woman, our Light, our Angel. People with kindness have the ability to transform lives. She will be truly missed and I will always include her in my daily prayers. This blog would not be here and the courage to update and write posts would not have been there if it wasn’t for this Great Lady. All I know is a person that departs from this earth never truly leaves, for they are still alive in our hearts and minds, through us, they live on.

May the soul of the dearly departed rest in peace, may our prayers help guide her on her journey to our Creator – Amen

Who you affect is more powerful than who you are at any given moment.  Because nothing is as enduring as a great memory.  In the end, its only intangible ideas, concepts, beliefs, and feelings that last.  Stone cracks.  Wood rots.  Skin dies.  But great thoughts, beautiful experiences, and inspiring legends… they live forever.  If you can change the way people think and feel, the way they see themselves, and the way they interpret the world, it means you can change the way they live their lives, and how they affect others.  That is, by far, the longest lasting thing you can create. Marc and Angel.com

In Eating Disorders, we look at wrong things, wrong body images and many of us become vulnerable to these surreal images of perfection in the media. Soon we begin to judge ourselves on our looks and body rather than our achievements, values and beliefs. In recovery from Eating Disorder, we need to focus on positive role models and inspiring people who have contributed to our world and have made our world a better place to live. These people are all around us and they come in all shapes and all sizes. Its about time we stop feeding the needs of the demon of Eating Disorder by staring at those glossy magazines with unhealthy body images and start focusing on real people, real heroes around us. Once we love people around us and accept them for who they are, we accept ourselves and love ourselves. I look at Tayyibah Taylor as one of the Inspirational Figures. I look at her strength, her charisma, her selflessness and her beautiful heart and I pray one day I can gain enough strength to do some good for our world.  Please read below her Biography. 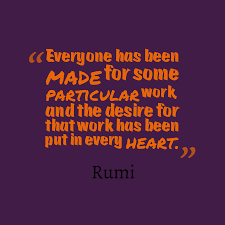 Tayyibah Taylor was the founding editor-in-chief and publisher of Azizah Magazine, the winner of a 2010 Folio Eddie Award and a 2009 New America Media Award. Through Azizah, Tayyibah has realized her vision to provide a vehicle for the voice of Muslim American women – a vehicle that portrays their perspectives and experiences, and shatters commonly held stereotypes. She blends her passion for spirituality, women’s issues and communication to further the causes of Muslim women.Tayyibah was named as one of the 500 Most Influential Muslims in the World by the Middle Eastern think tank The Royal Islamic Strategic Studies. She has appeared on CNN and other new media to comment on current affairs and she has visited 36 countries spanning six continents. She has presented lectures on Islam and Muslim women at national and international conferences, including the Harvard Divinity School’s Islam in America Conference; the International Islamic University of Malaysia’s Islam and Muslims in the 21st Century Conference, the Empowering Young Belgian Muslims Conference, the Lecture Series at the women’s college of Shariah and Law of the International Islamic University of Islamabad, Pakistan, and the Fulbright Symposium in Perth, Australia.Tayyibah worked on several interfaith initiatives and traveled to Turkey, Spain, Morocco, Jerusalem, Greece and Jordan with various groups of Jews, Christians and Muslims. In Spring 2010, she was one of eight Muslims to meet His Holiness the Dalai Lama in an Islam-Buddhism Common Ground event and she was invited to the White House Iftar in August 2011. Most recently, she travelled to Tajikistan and Afghanistan to speak about women’s empowerment and entrepreneurship.

Born on the island of Trinidad in the Caribbean, Tayyibah grew up in Toronto, Canada and studied biology and philosophy at the University of Toronto. She lived in Jeddah, Saudi Arabia for several years and attended classes at King Abdul-Aziz University for Arabic and Islamic Studies.

Tayyibah Taylor sat on the board of directors of Atlanta Interfaith Broadcasters and she has served on the board of trustees for the Georgia Council for International Visitors and the board of the Faith Alliance of Metro Atlanta. She received numerous awards for her work. Tayyibah is the mother of five children and grandmother of five. Biography From Her Page.