I thank this great mother for sharing her experience of dealing with her daughter’s anorexia with us. I wish you and your family peace and good wishes for your daughter’s quick recovery and good health. 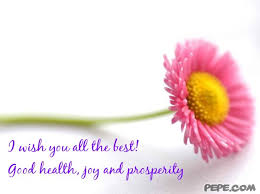 I often wish that my daughter was diagnosed with an illness that was easily curable and less challenging.  Anorexia is an obscure illness, which involves restricting what you eat. Patients with severe and enduring anorexia nervosa have one of the most challenging disorders in mental health care  (Strober, 2010).They have the highest mortality rate of any mental illness with markedly reduced life expectancy (Harbottle et al., 2008). At 20 years the mortality rate is 20%, and given the young age of onset this results in many young adults dying in their 30s, and a further 5–10% every decade thereafter (Steinhausen, 2002).

My daughter was diagnosed at the age of 17. The early signs of Eating disorder behavior appeared  when she was just 10.  Me and husband were  busy with our careers and did not appear to notice that she was exhibiting such signs of disordered eating .We have lived with this illness as a family for nearly a decade now and do I see her making a full recovery?  I’m afraid the answer is No. I sometimes believe that it’s too late. Perhaps if this was stopped earlier then today we would not be in such a turmoil as a family.

I wish I had taken those early signs of anorexia behaviour more seriously.  I should have been more aware of early signs such as loss of appetite, withdrawal, poor sleeping patterns, mood swings and fear of touch.  Perhaps I should have paid more heed to her constant complaints on weight gain. Her retort ‘Mama you’re a typical Arab who always sees her child as too thin’ were too often ignored. I saw her obsession with OC’s character Marissa as a typical teen idolism.   She was obsessively perfectionist and oh how my heart always swelled with pride at her perfect manners and perfect grades. She firmly believed in being thin to be successful in life.

Every night I torture myself over the role I might have played in my daughter’s illness.  I have stopped wondering whether it would ever go away.  I have spent nights crying because of my daughter’s chronic anorexia. The constant reminders from psychiatrist that she can die in her sleep has left me with a sense of hopelessness and insomnia.

The anorexia –ana illness has profoundly affected the family, but I feel a sense of being manipulated and controlled by the illness. There are  effects on the family’s social life and difficulties in making future plans. The illness has contributed to friction within relationships, arguments between siblings on how she gets away with tantrums and rule breaking and how we are always busy with her has led to a stressful atmosphere within the household. The impact on my own mental and physical health is obvious and i hate the impact on other family members as well.

Imagine getting your first born sectioned under mental health act and then see her being fed through feeding tube and then witness that hate and loathing in her eyes because we as parents have gone against her will to let her die an anorexic death? We had no choice; it was either get her sectioned or wait for her to die a slow disordered death.  I still remember the summer of 2009, when we made that fatal decision. Our daughter’s weight had dropped dramatically in past few weeks. She had entered a new phase of eating disorder, where she misused laxatives to rid her body of unwanted calories.  Even in mid-July we had to keep the central heating on. She was out of touch with reality and exhibited sever mood swings when it came to meal times. Every morning we engaged in an hour long battle to get her to eat her bowl of watery oatmeal and ¼ of banana.

How did she reach such a mental stage? I wish we knew the answers, but we don’t. There is no one cause of anorexia. Living with a person with an eating disorder is a testing time for everyone. It is the erratic behaviour of the person that makes holding conversation and socializing with them very difficult.

She lived in a dichotomy . Despite cardiac arrest, bed sores and osteoporosis, she thought she was obese. When people are in the extreme stages of anorexia, they don’t recognize the problem and they tend to be depressed a much greater percentage of time. It is deeply saddening but over time she has developed a low self worth and has become very dependent and demanding.

They told us that it takes five years of treatment for people to recover from anorexia. With my daughter, we are in the ninth year of pure hell and if anything, she has worsened.  With my daughter nutritional intervention was an integral part of treatment. At home we failed to get her to put on weight. She ate but very little. Her diet had no carbohydrates, no oils, no protein and no sugar. I remember that evening of 3rd August 2009, when our GP arranged for our daughter to be taken away to the unit in London. Days before she had tried to overdose on anxiety pills.  When the ambulance took her away, she weighed 70pounds and had a BMI of 11.6, which is life threateningly low and below the healthy range of 18.5 to 24.9.

Her screams and pleads still haunt me to this day. I accompanied a manic, kicking, screaming girl on her way to hospital. It was her constant pleas that really shattered my heart.“I promise Mama, I’ll eat, stop them please.”

Three medical staff had to use force to restrain her.  Sectioning is a traumatic experience and at times can damage people. Seeing that feeding tubes pass through the nose to the stomach is a memory I want to erase from my mind forever.

Few hours later, when I saw her she was under sedatives and on a feeding tube. The goal of programmes within inpatient unit was to regain her weight and to get her into a routine of eating 3 meals and 3 snacks a day. Did the nightmare end with the weight gain? No. I wish it did and we hoped against hope for some kind of miracle, but what followed after the nine months of inpatient and outpatient appointments were the constant threats of suicide and running away from home. With proper treatment and support, you can break anorexia’s self-destructive cycle, but we have failed in doing that. In some cases treatments have failed us and in other cases we have failed treatments.

We are in 2013 now. We celebrated her 26th Birthday 2 weeks ago with a cake that she did not eat, with jaded relatives who no longer have patience for her odd behaviours and siblings who rather be million miles away then with a sister whose busy doing cart wheels in back garden to burn off calories from a can of Pepsi max. It doesn’t matter what we do, with her there is inability to experience happiness in anything. A frail looking woman, who looks 11 and has chosen to befriend a dangerous illness called anorexia. What do I fear most?  When she snaps out of her illness, she’ll be very sad to see her wasted youth and loss of opportunities. Her younger siblings are all at university now. Soon they’ll move out and will have their own lives, but my daughter will be too busy in her own disordered world of living. 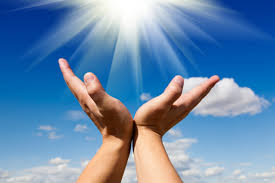